A Brief Look at the History of Microgaming 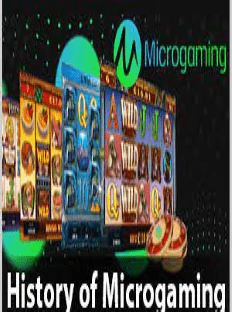 It is impossible to talk about the top gambling software developers without mentioning Microgaming. The Isle of Man-based company is known for providing a wide range of top-notch gaming solutions to businesses in the land-based and online gambling sectors.

Apart from its vast portfolio of casino games, Microgaming has established itself as a leader in gambling innovations. The company claims the bragging rights for creating the world's first online casino, and that is just the beginning. This page gives a sneak peek of the company's history, ground-breaking innovations, and achievements.

The History of Microgaming Software 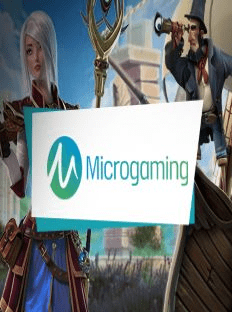 The history of Microgaming goes back to 1994, the year when the world's first real money online casino graced the internet. The company and its South African-born founder, Martin Moshal, are widely mentioned as the forces behind this innovation.

By 1997, one of the developer's 3-reel online slot titles had become extremely popular among players. The slot is non-other than the retro-themed Fantastic 7s game.

1998 was another landmark year Microgaming's history. This was the year when the firm released Cash Splash, the world's first wide-area progressive jackpot game. The slot allowed players at different online gaming sites to compete for the same jackpot prize, with the payout increasing as more participants joined the action.

The onset of online casinos brought its fair share of regulatory challenges and risks. In the bid to protect its players from rogue operators and scammers, Microgaming teamed up with other industry stakeholders to form the e-Commerce Online Gaming Regulation Assurance (eCOGRA) in 2003.

One year later, the developer made history yet again with the launch of the industry's first mobile gaming software. Microgaming was also the first company to develop a branded online slot in 2004. The title, Lara Croft: Tomb Raider, paved the way for more releases like Playboy, Game of Thrones, Jurassic Park, and Terminator 2. 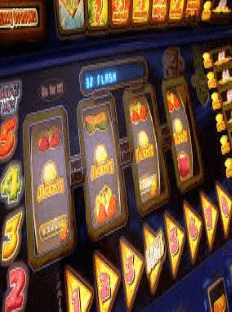 Microgaming's popular Mega Moolah progressive jackpot slot went live in 2006, and it was an instant hit with casino players from all over the world. The game is among the most lucrative jackpot slots on the internet, and it famous for dispersing some of the largest payouts in the history of casino gambling.

In 2009, the machine paid out a massive $6,374,434 to an online gambler, the world's highest payout at the time. Six years later, a UK resident named Jonathan Heywood set a new record after winning €17,879,645.12 on the Mega Moolah jackpot slot. The current record for the highest payout on the machine is €18,915,721, won by an anonymous player at the Grand Mondial Casino in September 2018.

Other rewarding jackpot slots by the Microgaming include Mega Vault Millionaire powered by Mega Moolah, King Cashalot, Major Millions Progressive, Triple Sevens, Treasure Nile, and LotsALoot, to name a few. According to the company's statistics, Microgaming's progressive jackpot network has paid over €1 billion to players as of January 2019.

Going Into the Future

The one thing that is evident when you look back at the history of Microgaming is that the developer is here to stay. A majority of the company's innovative solutions, like mobile gaming software and 3D online slot machines, have played a huge role in shaping the current trends in the gambling industry. Also, the developer has secured a place in the future with inventions such as Virtual Reality Roulette, which uses Oculus Rift technology.